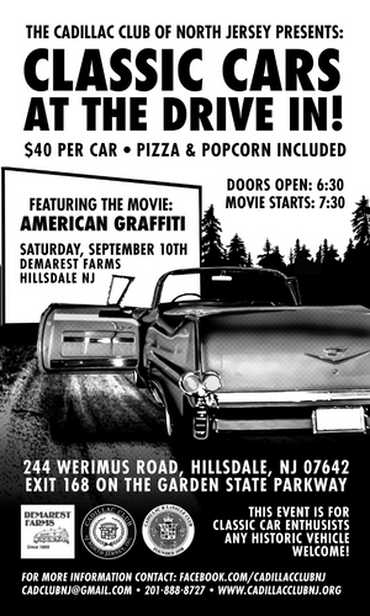 Most Important Items to Check Off Your List Before Going To The Car Show
The car show’s coming up! Do you know what to expect? What kind of a car show are you going to - restomods, muscle cars, sports cars, imports, rat rods? Is it the kind of thing where everyone’s just standing around looking at and talking about cars, or is it a swap meet where people are selling parts or even entire vehicles? You’re probably aware that car people are pretty picky and have a real eye for detail. That eye for detail is especially important when there’s a trophy or cash prize on the line–these guys are as exacting as a Marine drill sergeant doing barracks inspection or an AKC judge looking for Best in Show at the dog show. So, go ahead and get yourself some Go-Jo, get cleaned up, and let’s talk about some of the things you need to be aware of before you roll up to that car show.
​
Detailed Cleaning
When people are making the rounds at the show, whether they’re judges or just spectators, you want your car to really catch their attention. Your detailed cleaning should include the tar flecks and debris that make it onto the quarter panels, bug carcasses, road debris, and any of the other stuff that you might normally miss. Don’t just take your car to the car wash, run the big brush all over it, then call it a day. Instead, get down and get a good look at the stuff that needs to be taken care of. After the wash, go ahead and put on a couple of coats of good-quality wax. Wax formulations are better applied in the shade. So, go ahead and do your waxing and polishing under a tree, which will be easier for you, too. What you want is a car that glistens and really attracts attention when you’re done. Take note that the lighter-colored the car is, the tougher that can be.

Touch Ups
Get a good look and see if there are any rock chips or other minor damage to the paint. If so, address them with a little touchup paint. There’s definitely a right way and a wrong way to do this, and we’re assuming that you know the right way here. See if there’s anything that needs a go-over with a rubbing compound or a clay bar. While you’re at the car show, you should bring a couple of microfiber towels, some spot cleaner, and maybe even the clay bar again, in case you need to do a little tweak while you’re there. After all, it can be easy to miss a tiny swirl of dried wax from your wax job, which can be enough to ding you on points if there’s a competition.

Engine Compartment
All of those cars are going to have their hoods up, and you also want to make the best impression possible under the hood. Thus, a rinse with an engine cleaner is a must. Then, make sure that you don’t have any fluid leaks, ensure that the plug wires are all neat and orderly in wire looms and that the painted surfaces (fender wells, firewall, etc) all look good. Take some chrome cleaner and go over the valve covers, air cleaner cover, alternator, and whatever other shiny bits are under there. Use some plastic conditioner and hit the engine cover (if equipped) and any other plastic bits so they look nice and new-ish, too. You can’t get any of this stuff too clean, so go into as much detail as you feel you need to.

Clean The Glass
Nasty, smudgy glass at a car show is a real no-no. You want it to sparkle as much as the rest of the car, and chances are that the inside glass is going to be tougher to clean than the outside. Thankfully, you can get tools that’ll help you get to the really tight spot–where the dashboard and windshield meet up. As a tip, make sure to get a look from different angles so you know you’re not missing anything. Windex is really good for the first step, but you’re probably going to be left with some streaks from it. You can tackle those streaks with a synthetic chamois that’s lightly dampened, then go over it one more time with a clean, dry terrycloth towel. By doing so, you’ll be surprised at how clean and sparkly the glass can get.

​Tires
Again, this is an easy one to take for granted, but it counts a lot at car shows. You want tires that are period-correct, but they also need to be in good shape with plenty of tread left on them and no signs of uneven tread wear from an alignment problem. If your car-show car is a daily driver or at least one that gets driven regularly, you might want to consider investing in another set of tires and wheels just for the show. Make sure those tires look good, too! If you’ve got whitewalls or white-letter tires, invest in a little whitewall cleaner and don’t shy away from the old elbow-grease-soap-and-stiff-brush treatment. Don’t go with a tire dressing, though. Not only is it an overkill but many of these products actually aren’t good for the tire’s rubber formulation. While you’re at it, make sure that the fender liners are in good shape and not coated with debris.

Interior
So, you’ve put a lot of time into that interior, making sure that the headliner, upholstery, door panels, and even little details like the door handles, lock plungers, knobs for the heater, and wipers are all dead-on. Now that you’ve got all that nailed down, don’t forget to detail it within an inch of its life. There are detailing kits that have all the tools and brushes you need that’ll let you get into the tiniest crevices, getting them nice and clean. Don’t forget to get into places like the AC and defroster vents, the door jambs, the chrome door sill plate (steel wool works here), weatherstripping, trunk interior (very important), and dashboard instrument glass.

Literature
Got the original owner’s manual? Shop manual? Any other documentation on your vehicle? Maybe some vintage magazines with reviews or articles in your car? Having all that on a little folding table in front of your ride is a nice touch.

Now, To Wrap It Up
To make sure you’re ready for the car show, here are a few do’s and don’ts to keep in mind.

Do:
 Do start any detail job by blasting the car with plain water first, knocking off any bigger chunks of grit or dirt as you don’t want to spread that stuff around when you start washing
 Do clean the engine and engine bay before you get any farther so that you don’t risk getting any engine dirt or grease anywhere else once the rest of the car’s exterior is clean
 Do wash the wheels before you do the rest of the interior, for the same reason–brake dust and dirt can get onto areas you’ve already cleaned
 Do cover the tops of the fenders with blankets or towels before cleaning the engine bay, especially if you’re using any harsh degreasers
 Do fluff your carpeting with a stiff brush after vacuuming and shampooing

Don’t:
 Don’t use dishwashing detergent or anything other than a car wash formulation as they’re far too harsh and will strip off any wax on the finish
 Don’t glom a thick layer of wax on, even though it’s tempting. Each coat of wax should be as thin as possible
 Don’t use your sponge for washing unless it’s been thoroughly rinsed
 Don’t use the clay bar without the right lubricant

There are probably a few tips that we’ve missed here, but this should give you a good start in getting your ride ready for show day!